Coming September 27th!
My lucky 13!
KY, In the Company of Snipers
Preorder @: Amazon

If you notice, the background is very wintery, and very, brrrr, cold... That's because the first part of this story takes place in Ontario, Canada, in the dead of winter. 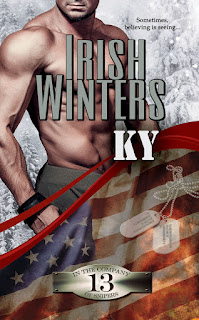 Book description:
The only reason Team Agent Ky Winchester survived a brutal encounter with a Taliban madman was because of a woman with green eyes, an angel he thought he'd dreamed in the depths of torment. She came to him in that far off torture chamber, cloaked in the tender magic of hope, and he was willing to believe he might survive his nightmare. It was too bad he never thought to ask her name. Too bad he'll spent the rest of his days searching for her.
Whoever she is...

FBI Agent Eden Stark is the Bureau's number one and very top-secret psychic asset. While running from a different kind of madman, this one intent on mechanizing America's military, turning them into mindless, controllable drones, Eden's plane goes down in the frigid Canadian north. It's very probable she won't survive the night. Tow meched-up FBI agents are already tracking her. Maybe wolves.
Maybe someone else...
Posted by Irish Winters at 6:08 AM No comments: Links to this post

Email ThisBlogThis!Share to TwitterShare to FacebookShare to Pinterest
Labels: Afghanistan, Heroes, In the Company of Snipers, Irish Winters, Kabul, KY, Lucky 13, New Release, Pre-Order
So what have I been doing these past weeks? Traveling! This is one of the places I've been privileged to visit, the Memorial in Odessa, TX, for American Sniper Chris Kyle. Interestingly, I was able to stand there on September, 11, 2016, the 15th anniversary of 9-11.

If you know me at all, you know how much I respect the military, its veterans, and its heroes. Chris Kyle is one of those heroes. The memorial is a powerful statement of the kind of man he was and the life he lived. 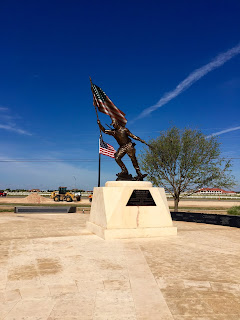 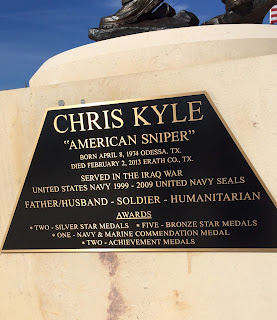 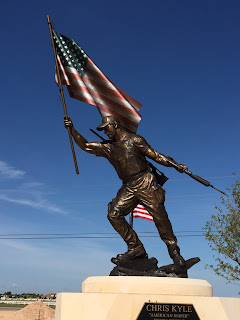 Posted by Irish Winters at 5:50 AM No comments: Links to this post