I have stood and looked up into the faces of these bronze giants.
The Iwo Jima Memorial is a reverent place.
It's a good place to stop and think.
To remember.
To pray to God we are smart enough to learn from lessons which we
as a nation of fathers, mothers, sisters, and brothers have paid so dearly for…. 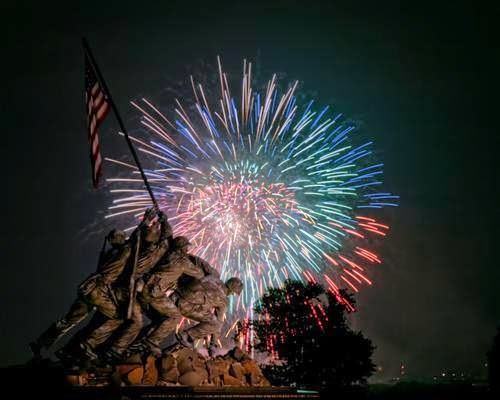 ”For all who bear its scars, the battle for Iwo Jima, 58 years ago (February 19-March 26, 1945), still looms gargantuan, unbelievable, devouring; not measurable by Guadalcanal, Peleliu or Belleau Wood, but by its own arena, complexity, ferocity and the character of its combatants, whose American casualties were one third of all Marine Corps casualties in the war.

Of the 3,400 coming ashore with the 28th Regiment, 5th Marine Division, then -- Captain Haynes recalls only 600 were standing when the battle closed. Yet, it wasn't ferocity alone -- certainly Korea and Vietnam had that -- but a dedication on either side giving the Marines an enemy so resolved, inventive and so masterful as to make the ground itself a powerful ally.

For the 70,000 Americans, Iwo Jima was the step to the Japanese heartland and to the end of an awful war. For the 22,000 Japanese defenders, Iwo Jima was the defense of their very hearths and homes as it was part of the Tokyo Imperial Prefecture (county). It was assaulted by the 3rd, 4th and 5th Marine Divisions of the Fifth Marine Amphibious Corps, which included supporting sea and air units.

Iwo Jima was the only Marine battle where the American casualties, 26,000, exceeded the Japanese -- most of the 22,000 defending the island. The 6,800 American servicemen killed doubled the deaths of the Twin-Towers of 9/11.”


(Excerpt taken from Iwo Jima: A Remembrance, By Cyril J. O'Brien)
Posted by Irish Winters at 8:41 AM No comments: Links to this post

What is not to like about this guy?
Release September 2014
Amazon and kindle only 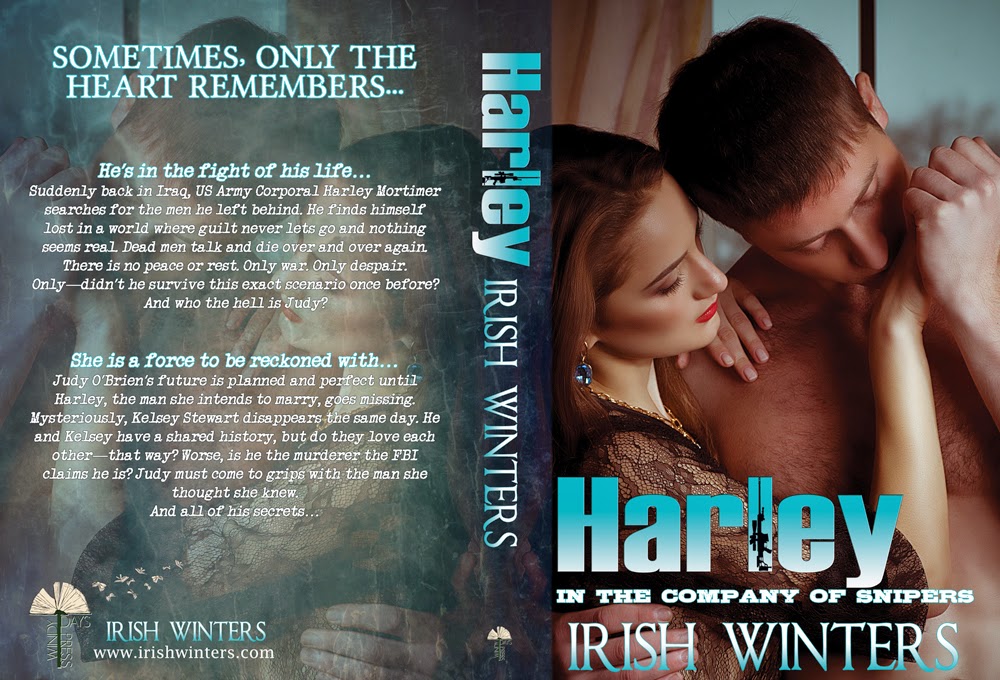 Posted by Irish Winters at 5:06 PM No comments: Links to this post

So what have I been doing?

I've been spending some serious book signing time with three of my favorite guys! 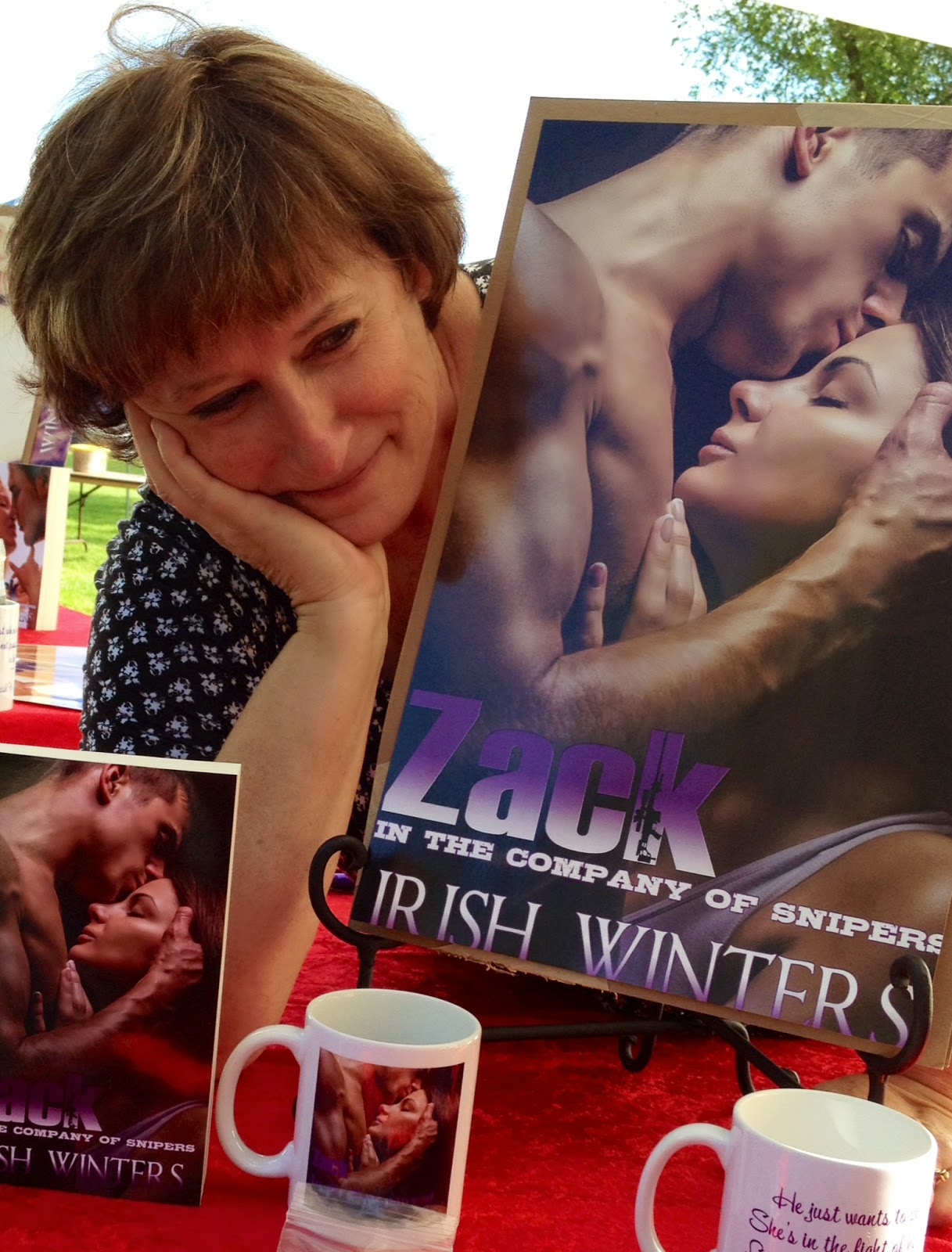 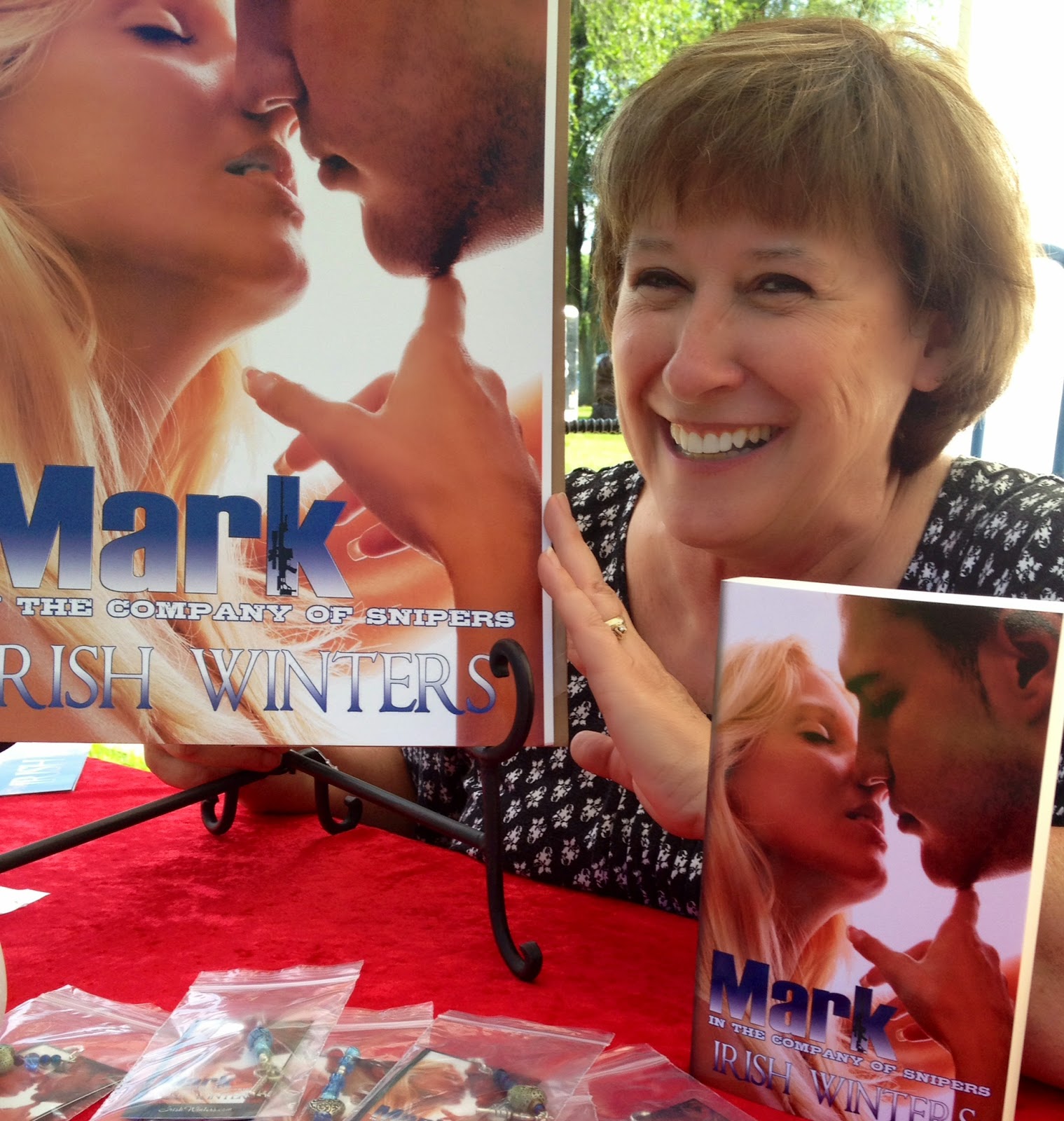 What a fun day at Layton Freedom Days!
My very first customer was a Korean War Vet named Marvin.
He was ex-Army and still full of mischief.
I could almost see the young man he used to be.
Marvin was the start to a very fun day.
I'll also be at Roy Days and Peach Days.
Stop by and visit!
Posted by Irish Winters at 9:46 AM No comments: Links to this post